Video clip of the day 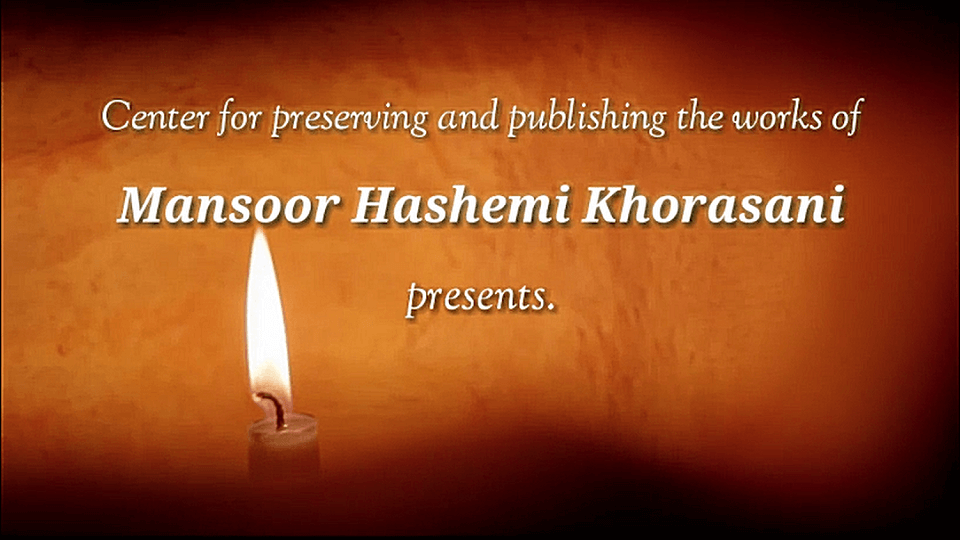 Photo of the day
Latest updates of the website
Letters
An excerpt of the letter from his Honor in which invites toward the sovereignty of God and deters from sovereignty of other than Him.A letter from His Excellency for one of his helpers in which advises him and warns him about moral vices.Some parts of his honor’s letter blaming the oppressor rulers and the scholars who are dependent on them.
Sayings
A saying from his Honor about the necessity of acting based on the intellect, and the forbiddance of acting based on the habit or emotions or imitationA saying from His Excellency that intellect is a God-given blessing and is not acquired, but its utilization is obligatory for its holders.A saying from his honor condemning the bad scholars who do not support his invitation towards Mahdi.
Explanations
Lesson twelve: Impediments to Cognition; Ignorance (2)Lesson eleven: Impediments to Cognition; Ignorance (1)Lesson ten: Difference between intellect and philosophy; Basis for good and evil
Criticisms & investigations
I read his book. Of course I read some parts a few times and I read some parts faster. To be fair, as much as I have knowledge of the religious sciences, I did not see any flaw in this book and almost all of it are truths that have been reminded. But the fundamental question is how can I make sure that he himself follows these truths practically and with certainty?...Mansoor Hashemi Khorasani, in his book, has not deprived any group, faction, sect and country of his criticisms, and has attacked them all from one side! Neither the Shiite, nor the Sunnite, nor the Salafi, nor the Sufi, nor the Ahl al-Hadith, nor the philosophers, nor the poets, nor the scholars, nor the guardianship of jurisprudent, nor democracy, nor the West, nor the ISIS, none of them is confirmed by him and none of them are considered in accordance with his so-called pure and complete Islam!...I read the book “Return to Islam” twice carefully. I did not understand it very well the first time, but I got it the second time. To be fair, it is a well-written and different book and I learnt a lot from it, especially from the parts it has explained cognition and its impediments, and the parts about the impediments to return to Islam, also my field of study is theology of religions and mysticism...
Q&A
Is it obligatory to pay Khums during the absence of his Excellency Mahdi peace be upon him? How should we deliver Khums to his Excellency Mahdi peace be upon him?1- From page 250 to page 253 [of the book “Return to Islam”] the infallibility of the Prophets is discussed. The Imamiyyah Shia consider the Prophets infallible from any kind of mistake or sin, either major or minor, intentionally or inadvertently, before and after the prophecy, and consider the mentioned cases about sin or their honors asking forgiveness from the kind of failure to do the better...His Excellency Allamah Khorasani in page 28 of the book “Return to Islam” has interpreted the heart in the sense of the very intellect. The question is that what is the difference between the Quranic words «فؤاد, قلب and لب»? Why the heart has been interpreted as intellect?
Viewpoints
Article “The domination of hypocrites over the world of Islam” Written by “Mojtaba Mazroei”Article “Mahdi, the axis of unity of Muslims” Written by “Mohammad Sajjad Amel”
Announcements
Contact us
Support us
Archive
Note of the day

“And obey God and His Messenger, and do not strive with one another to become fatigued and your stamina disappears and wait patiently for God that God is with the patient ones.”

The history of Islam is evidence of the fact that after the demise of the Prophet Sallallahu Alaihi wa 'Alihi wa Sallam[2] and the absence and loss of the Prophet, which was in fact the greatest calamity for the Muslims, the Islamic Ummah started wandering due to falling in great seditions and misleading doubts and lost his way to the realization of Islam’s ambition and the formation of the ideal city of Utopia. As a result, the Ummah[3] gradually lost the power it had during the time of the Messenger of God Sallallahu Alaihi wa 'Alihi wa Sallam and by passage of time and circulation of ages it got stricken with ignominy and misery! The vast lands of Islam which were united by the slogan of Tawheed under one flag broke apart and voiced independence claims through illusive and baseless slogans and under conspiracy and fermentation of arrogant powers! All of these miseries were due to the fact that Muslims burned their most valuable capital with their own hands and turned their lines of unity into rupture, dispute and disunity. It is natural that the outcome of such a great rebellion was nothing but an overthrow of the achievements of the Prophet Mohammad Sallallahu Alaihi wa 'Alihi wa Sallam. To such an extent that we see today the division in the Ummah and the harshness and animosity among them have blinded their eyes toward fairness and made them, who are originally from a unit Ummah, altogether alien to each other! Every day from one corner of the Islamic world, one can hear the cry for curse and Takfir[4] of Muslims against each other; some of them consider Jihad[5] against another group obligatory and another group issues Fatwa[6] to murder and shed blood among their religious brothers and they consider this act a merit for reward in hereafter! This disaster has reached to the point where the fragmentation and separation of Muslims have been adorned in their eyes and is called independence and emancipation from strangers and proximity to infidels and their alliance with them are considered beneficial and cause for progress.

There is no doubt that a great and dangerous negligence and ignorance has encompassed Muslims of the world; because most of them, without any fear, increase their differences and provide new and more fresh grounds to give rise to conflict and fight, while they do not take steps for obeying God's firm command to maintain integrity of Muslims and the realization of the unity of the Islamic Ummah!...